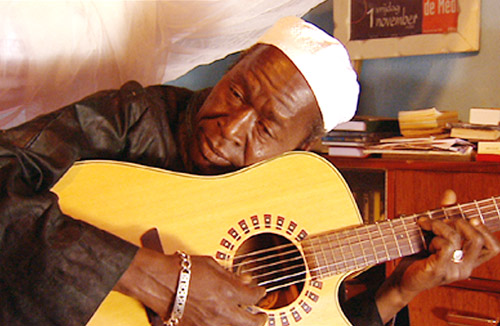 The film “Je chanterai pour toi” (I’ll sing for you) follows Boubacar Traoré as he returns to his home village of Kayes, Mali.

This video clip exemplifies the sensitive way the Swiss director Jacques Sarasin reflects the man and his world. Rarely does a film match the tone and feel of a subject in such a way.

Buy the Video and the Soundtrack