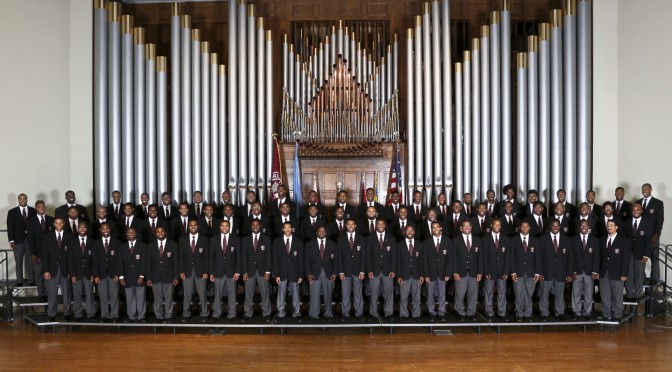 Before “Planet Drum,” before “Drums of Passion,” Babatunde Olatunji attended Morehouse College and collaborated with the Glee Club’s director on Betelehemu.

In 1950, Olatunji went to Morehouse, a traditionally black college in Atlanta, Georgia, founded in 1911, through a scholarship. While at Morehouse, Olatunji began to perform informally. He also became friends with and the Glee Club director, Dr. Wendell P. Whalum. Whalum arranged Betelehemu, a Nigerian Christmas carol, that Olatunji had introduced to him. Since then, Betelehemu became an important piece in the Morehouse College Glee Club repertoire and in choral music in general.

I had the great privilege of hearing the Club, singing Western classical works and spirituals. Betelehemu gave me chills with its power and brought the house down even more than this video can convey.

One thought on “An African at Morehouse College”